Results: The energy assessment analysis and analysis of Ramachandran plot were carried out successfully. ANOLEA energy assessment displayed that 1T24 has 304 amino acids, only 1 high energy molecule, total non-local energy of -2722 E/Kt units and Non local normalized Z-score of -0.81. All the other PDB ID's had either more than 6 high energy amino acids or more total non-local energy or more non local normalized energy Z-Score than 1T24. Hence, it was inferred that 1T24 might be the best PDB ID amongst all. ANOLEA energy assessment analysis was also used to analyze the high energy amino acid residues of chain A of all the seven PDB’s. The total energy of PDB ID 1T24 (1.149 E/kT units) was found to be lowest and supported the inference that PDB ID 1T24 is better than others. Finally, Ramachandran plot analysis revealed that 1T24 has the highest percentage of residues in the allowed regions and only 0.4% in disallowed region and hence forth the inference was reinforced.

Conclusion: From ANOLEA energy assessment and Ramachandran plot analysis it was concluded that out of all the PDB entries, PBD 1T24 will be the best suit for carrying out structure based drug design (SBDD) studies.

Malaria has been tormenting the mankind since, past 5000 years causing several million deaths per year [1]. The last 15 years have observed only 37% fall in malarial incidence rates. In year 2015, 214 million new cases of malaria and 438 thousand malarial deaths were reported worldwide. But, the biggest hurdle in control of malarial incidences in maximum countries is the rapid development and expansion of insecticide and anti-malarial drug resistance [2]. Malaria is a disease caused by a parasite known as Plasmodium. There are four species of Plasmodium which commonly affect the human health, viz.,P. falciparum, P. vivax, P. malariae and P. ovale, among these P. falciparum is responsible for maximum cases of malaria. Several inhibitors have been developed for various targets, viz., Dihydrofolate reductase, Dihydropteroate synthase, Lactate dehydrogenase, Falcipain-2 and 3 etc. Lactate dehydrogenase caught our attention as it’s a relatively new receptor and also currently a lot of research is being done on it. So, it seemed to be a valid idea to analyse the PDB IDs of this enzyme [3].

Plasmodium falciparum LDH (PfLDH) is a 316 amino acid protein, coded by a single gene on chromosome 13, and is expressed as a 1.6-kb mRNA. The amino acid sequence predicted from genomic and cDNA sequencing indicates that essential catalytic residues, such as His195, Asp168, Arg109 and Arg171 are crucial for its activity. Asp168 and His196 act as hydrogen donors; side chain of Arg171 interacts with the carboxylate of pyruvate; side chain of Arg109 interacts with the ketone oxygen of pyruvate leading to polarization of the ketone carboxyl and hydride attack from NAD; proline is critical active site residue which defines substrate and cofactor binding sites. Asn197, Lys102 and Leu163 define the conserved active site [4].

In-silico virtual screening and docking have become a very important part for the rapid design and discovery of novel drugs. But, today in this era of big-data where there are available a replete amount of PDB ID’s in the protein data bank [5], the biggest question which the drug designing chemist encounters is “Which PDB ID to select, which one is more accurate and will lead to authentic results?” This study is an attempt to answer these questions for PfLDH enzyme, which is exploited for design and development of anti-malarial drugs. Keeping in mind the importance of PfLDH in designing drugs for malaria and the significance of PDB structures in SBDD we decided to carry out the in-silico assessment analysis of PDB entries of PfLDH.

The work comprises of analysis of structure of various PDB entries of PfLDH. The study was performed on Windows 7 operating system, installed on HCL compact desktop.

PDB (Protein Data Bank) was used as a source to obtain PDB ID’s. A total of 23 PBD entries were found for “Plasmodium falciparum lactate dehydrogenase” in protein data bank [6]. The details are given in Table 1. Seven PDB’s were selected from the available 23 entries on the basis of following criteria:

1. Species must be Plasmodium falciparum

2. Number of mutations must be zero.

5. From a particular class of PDB, the protein bounded with most diverse and most potent ligand was picked.

7. The selected PDB IDs are shown in italics*, the discarded PDB IDs and the reason for discarding it is shown in bold in Table 1. Figure 1: Secondary structures of chain A of selected PDB entries for analysis.

ANOLEA was used to perform energy calculations on protein chain A, for evaluation of "Non- Local Environment" (NLE) of each heavy atom in the structure. In this the energy of each pairwise interaction in the non-local environment was taken from a distance-dependent knowledge-based mean force potential that was derived from a database of 147 non-redundant protein chains with a sequence identity below 25% and solved by X-Ray crystallography with a resolution lower than 3 Å [14].

ANOLEA energy assessment of PDB structures was followed by assessment of all structures by PROCHECK via swiss model-Protein Structure and Model Assessment Tool (https://swissmodel.expasy. org/) for analyzing the Ramachandran plot and for visualizing the dihedral angles ψ against ÃÂÃâ¢ of the amino acid residues [15,16]

PfLDH being an important target for design and discovery of antimalarial drugs was selected for carrying out in-silico structural assessment analysis. Twenty three PDB’s were found in protein data bank therefore it is important to identify and utilize the most suitable structure for SBDD studies to yield good results. All the PDBs’ were studied and seven were selected for further studied to identify the most appropriate PDB ID for SBDD studies for the enzyme PfLDH. The in silico assessment analysis of PDB entries of PfLDH revealed that PDB ID 1T24 will be best to carry out SBDD studies amongst all the other entries in the Protein Data Bank, as it had the lowest energy and henceforth maximum stability. Therefore it can be utilized to produce more authenticated results for performing virtual screening and docking studies for designing of antimalarial drugs. 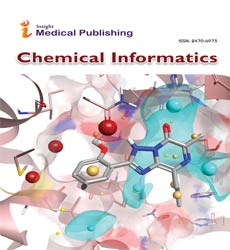